Iron is an essential mineral to almost all life forms, including humans. It is the essential part of the molecules that bind oxygen (hemoglobin, myoglobin), cytochromes and many enzymes. Too little iron leads to feelings of weakness, reduced immunity and anemia, all conditions that can become dangerous if not treated on time.

However it is possible to have excess iron in relation to the need, which can also be dangerous. Iron overload requires attention, as demonstrated in a study conducted in 2001 on the elderly people (1). The study showed that the number of persons with iron overload exceeded the number of those with a deficit, at least in the studied US population. In over 1,000 studied people, 3% had iron deficiency while 13% had iron overload. Free iron has a destructive nature, it damages cells and tissues by catalyzing the conversion of hydrogen peroxide into free radicals. Free radicals attack cell membranes, proteins and DNA (2). As a strong oxidant, the free iron may damage organs leading to cirrhosis, heart arrhythmia, diabetes, Alzheimer’s disease, bacterial and viral infections. Increased iron can be found in acute hepatitis, hemochromatosis, hemosiderosis, aplastic pernicious anemia and hemolytic anemia, sickle cell disease, thalassemia, acute and chronic iron poisoning and lead poisoning. Among 32,000 women followed for 10 years in the Nurses Health Study, those with increased levels of iron were almost three times more likely to develop diabetes (3).

Man absorbs only a fraction of iron from food, about 1-2 mg daily.

Some people have a genetic predisposition for excessive absorption of iron, which is called hemochromatosis or hemosiderosis (occurs in one out of 250 people). People with hereditary hemochromatosis absorb 2-3 times more iron than healthy people, but the illness usually does not show symptoms until adulthood. The disease should be suspected when transferrin saturation exceeds 50% in pre-menopausal women and 60% in males, the progression of the disease leads to fibrosis and cirrhosis of the liver (2). The accumulation of iron in the heart causes cardiomyopathy, pericarditis and arrhythmias. A lower level in tissues from the one seen in liver can cause a cardiac arrest, which is the main cause of death in iron overload (3). Accumulation of iron in endocrine glands contributes to diseases such as diabetes, hypopituitarism, hypogonadism, and hypoparathyroidism. A higher incidence of infections (especially Vibrio, Listeria, Yersinia, Salmonella, Escherichia, etc.) is seen in hemochromatosis patients. The treatment of this disease has not significantly changed in the last sixty years, and consists mainly in therapeutic phlebotomy: 450-500 ml of blood contains 200-250 mg of iron, and phlebotomy is performed to establish mild hipoferritinaemia.

Since the human body has a limited possibility of iron excretion – through the skin, gastrointestinal tract, menstruation or during pregnancy (3) – consequently it can rapidly accumulate iron in the liver, heart, pancreas and some endocrine glands (pituitary, parathyroid gland). The best way of dealing with excess iron is bleeding and as a result, women before menopause rarely suffer from its surplus. Since men do not have a direct “output” of iron (which is menstruation in women), at the age of 40 years their iron levels are similar to those seen in women 70 years of age (4).

Interestingly, one of the most common causes of excess iron is regular drinking of alcohol which increases the absorption of iron from food.

Potential causes of high levels of iron associated with eating include:

-drinking alcohol with food (eg. eating a read meat steak and drinking wine, will lead to increased absorption of iron, more than needed)

-processed food consumption such as cereals, flour and bread enriched with iron – iron in these products is inorganic and it is more dangerous than iron from meat

-Reduce the consumption of heme iron. Heme iron is reabsorbed very well in the upper part of the gastrointestinal tract, therefore it is necessary to reduce this type of iron in the diet. Red meat should not be eaten more than 2-3 times a week, people should reduce the amount of meat in the main meals such as lunch and dinner, and watch the intake of meat and meat products in other meals (breakfast, snacks). Limit the intake of sausages, avoid consumption of offal and meat products. The ideal would be a transition to a vegetarian or vegan diet. Short periods of fasting (a few days per month, consuming water and freshly squeezed juices, and avoiding solid foods) can also be recommended.

-Considerably increase the consumption of plant foods. Plant foods contain noticeable amounts of iron, but are very poorly absorbed: only about 5% of iron from plant foods (non-heme iron) in comparison to 30-50% of meat (heme iron). To meet the protein needs take legumes, nuts and grains. Bioflavonoids (from berries: blueberry, cranberry, coffee, quercetin from citrus peel) and phytic acid (corn, sesame) bind iron and reduce its availability. Foods rich in bioflavonoids and phytic acid can be taken in between meals so that their free forms can circulate in blood and bind free iron.

-Curcumin is an iron chelator. Studies in mice have shown that curcumin extract reduces the level of ferritin in the liver.

-Astaxanthin. Taken as a dietary supplement can reduce oxidative damage caused by iron.

-Avoid alcohol consumption. This measure is especially important for men. All types of alcohol should be avoided: from wine and beer to spirits.

-Avoid processed food. Be sure to read the labels on the food packaging, avoid foods that are enriched with iron.

-Avoid raw shellfish (like oysters) – People having the disease hemochromatosis, were prone to Vibrio vulnificus infections with several cases of fatal infection.

-Use iron chelators such as phytic acid, or IP6 (inositol hexaphosphate). This chelator should be taken between meals so that free phytic acid can enter the bloodstream where it will chelate free iron (and other heavy metals such as mercury, lead and cadmium). It should not be taken with meals as it will bind iron but also calcium, magnesium, zinc and other divalent minerals which is not desirable. Phytic acid cannot chelate metals that are already on the blood carrier protein transferin, it can not break it away. Phytic acid as a supplement can be taken for 3 months, after which a pause is needed to make a blood biochemistry anylisys. Also, phytic acid should not be taken concurrently with aspirin. After consuming phytic acid anemic persons may feel weakness, while persons with increased levels of iron may feel increased energy levels.

Other methods not related to nutrition:

-Blood donation. Blood donation helps to maintain circulating levels of iron. Studies show that blood donors have a lower level of disease and have a slightly better health than the general population. Since free iron oxidation deteriorates almost all diseases, control of iron could be a universal method of prevention and treatment of diseases (4).

-Aspirin. Taking aspirin daily (if prescribed) for the prevention of heart attacks and strokes causes a minute blood loss through the digestive system. About one teaspoon is lost per day which also causes loss of iron. It appears that aspirin increases the production of ferritin, the protein that binds the free iron and thus prevents its oxidative action (4).

-Exercise. A small amount of iron is lost through sweating.

RELATED POSTS ...
Gastroparesis
views 2630
Gastroparesis means disturbed stomach motility, where the stomach loses it’s ability to empty into the duodenum. Symptoms range from mild to serious and can last for a shorter or l...
Gerson Therapy
views 1958
German physician Max Gerson (1881 - 1959) developed a therapy that provides a solution to most of the diseases that we find today in the Western world. His therapy is based on hipe... 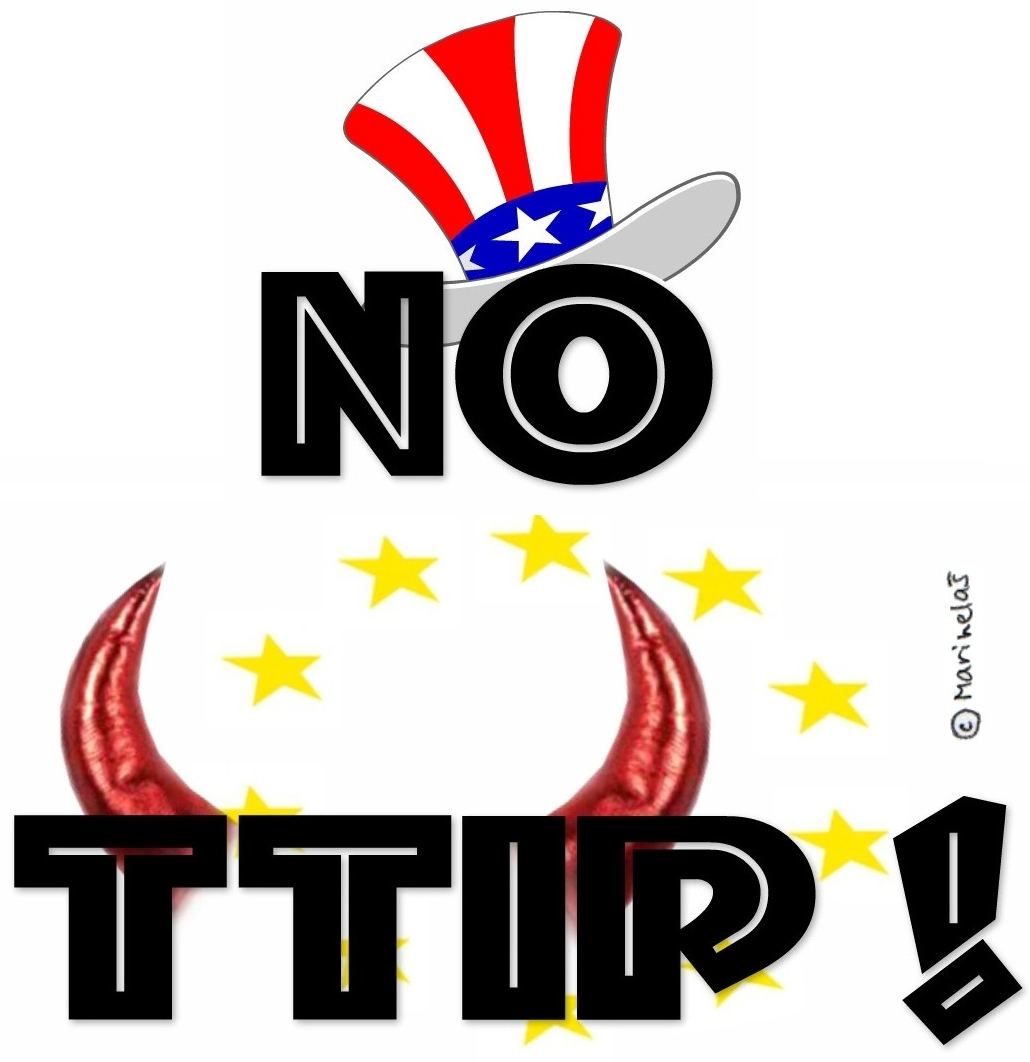